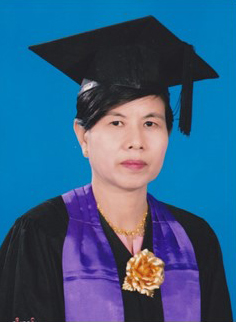 In 1964, the department of Chemistry was organized by U Tin Maung, Head of the Department. The teaching staff consisted of U Tin Maung (M.Sc) Lecturer, two assistant lecturers and four demonstrators. The following formers Heads of the Department took over as lecturer and Head of the Department respectively. There were junior and senior classes for first year. There were two theory papers and practical paper in chemistry subject for one academic year. Paper I contained Inorganic and Physical Chemistry. Paper II contained Organic Chemistry. From 1979 to 1982, the eligible students who had done from regional college were taught the chemistry in 2nd M.B.,B.S as a surplus subject for 3 months. In 1982-83 academic year classes for 1st M.B.,B.S students were reopened and Chemistry subject was also prescribed. Since 1986-87 academic year chemistry has been taught in English according to update curriculum which revised in the seminar, was held by medical education. In 2019, Chemistry subject for foundation year semester (I) was prescribed as Science 3 and contained theory and practical courses including knowledge and skills.